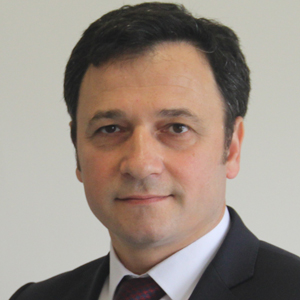 The name of the Davutpaşa Campus of Yıldız Technical University goes back to the second half of the 15th century. Davud Paşa was an Ottoman statesman of Albanian origin. He was one of the most important commanders of Mehmed II (Conqueror). He also served as a Grandvizier of Bayezid II for 14 years (between 1483-1497). Due to his political skills, he was called also Davut Paşa the Great. He donated a great number of mosques, baths, and schools, fountains in Istanbul and in different cities in the Ottoman Empire. For example the bath of Davut Paşa in Skopje (capital of Republic of Macedonia), is one of the most beautiful examples of the Ottoman architecture in the Balkans.
This place was called Davut Paşa Sahrası (Davut Paşa Plain) where the Ottoman military was stationed before going to the Çatalca, then Edirne and further. The area was already known in the Byzantine times as a nice place to spend summer. Davut Paşa Plain was the first military station of the Ottoman campaigns launched in Europe. When the Sultan ordered the Grandvizier to lead a military campaign, the ceremony was organized here in Davutpaşa. The Sultan gave the Flag of Prophet (Sancak-ı Şerif) to the Grandvizier assigned as Chief commander of the Ottoman Army. When the Ottoman Army returned from campaign, the Sultan welcomed the army here in Davutpaşa.
During his stay the Sultan resided here in Davutpaşa Castle which is known today as Otağ-ı Hümayun (Imperial Pavillion). The building now is one of the examples from the Ottoman architecture of the 17th century. It was called Stone Pavillion or Stone castle (Taşköşk, Taşkasır). The castle here was constructed during the reign of Mehmed III (1595-1603) and Ahmed I (1603-1617). Its architectural form is unique and it is the only example in its form.
The Ottoman sultans usually preferred to stay outside of their palace in Istanbul. Mehmed IV. (1648-1687) was famous for his hunting campaigns. He spent most of his time outside of Istanbul and Davutpaşa was one of his favorite places.
After abolishing the traditional Ottoman Army, Janissary Corps, in 1826, Sultan Mahmud II established a new modern army (Asakir-i Mansure-i Muhammediye / Victorious Soldiers of Mohammed). The Barracks were constructed between 1826 and 1827 for this new army. This stone building has remained till now and it is currently a part of the Yıldız Technical University. The area of the Barracks is 17.510 square meters; and the whole area of the Barracks is 61.394 square meters. The Barracks have 7 gates, 204 rooms, 233 doors, 892 windows, 12 stairs.
During the Ottoman-Russian War which took place between 1828-29, Sultan Mahmud II spent almost a whole year here in Davutpaşa and coordinated the war against the Russian army.
The last Ottoman building in the Davutpaşa Plain is the bakery in the entrance of the Campus. It was constructed in 1895 during the reign of Sultan Abdulhamid II (1876-1909). The bakery was used until 1970s and currently it is under restoration. After the restoration is completed, it will be used again as a bakery.
After the establishment of Turkish Republic, Davutpaşa Barracks were repaired in 1926/1927 and then was used as the Barracks of infantry, artillerymen, anti-tank and aircraft units of the Modern Turkish Army. After 1968 it was used as the base of 66th Military Division. In 1999 Davutpaşa Plain was handed to Yıldız Technical University.
In the last 8 years, new buildings for 9 faculties, one library, one congress center, quarters for employees, mess halls, sports hall, football field, synthetic pitch, tennis halls and further sport places, a big mosque etc. were constructed in Davutpaşa. The Davutpaşa Campus of Yıldız Technical University is now the main campus of our university.
This place, which was an Ottoman military base and one of the favorite places of the Ottoman sultans is now home to scientific research and education.
Bibliography: İ. H. Uzunçarşılı, “Davud Paşa”, İA, 3 (1977), 496-498; Ş. Turan, “Davud Paşa, Koca”, TDVİA, 9 (1994), 37-38; A. Özcan, “Davud Paşa Kışlası”, TDVİA, 9, 40-42; A. Özcan, “Davud Paşa Sahrası”, TDVİA, 9, 44-45; S. Eyice, “Davud Paşa Sarayı”, TDVİA, 45-48.
Mehmet Hacısalihoğlu, 3.6.2016, this paper was prepared on the occasion of the 2nd Annual International Conference on Social Sciences AICSS 2016 organized by Faculty of Economic and Administrative Sciences of Yıldız Technical University